Is There Compelling Evidence That Jesus Was Raised From The Dead?

At issue here is the earliest account of Jesus's resurrection appearances in the creed/poetry that Paul apparently quotes and expands on that says:

Of course, if I was to go to my father's grave and found it empty and then I thought I saw him, I wouldn't conclude from this that God raised my dad from the dead, since there are any number of other explanations.  My friend's mom "heard" her husband in the house after he died, for instance.  It is commonplace for the mind to hallucinate all manner of experiential oddities when one is in bereavement:  https://academic.oup.com/schizophreniabulletin/article/46/6/1367/5939754

It's not at all clear that the resurrection "appearance" reports referred to something visible, as opposed to an inner mystical experience, because "see" can be used metaphorically in the New Testament.  So, we read:

In any case, we can imagine the distraught Cephas/Peter experiencing a weird hallucinatory event, and his hysteria/experience spreading to the rest of the grieving disciples.  Similarly, the experiences of the disciples could have primed the 500 to experience what they did, like the children's prediction resulted in the mass hysteria of the Fatima sky miracle/hallucination:

The Miracle of the Sun (Portuguese: Milagre do Sol), also known as the Miracle of Fátima, is a series of events reported to have occurred miraculously on 13 October 1917, attended by a large crowd who had gathered in Fátima, Portugal, in response to a prophecy made by three shepherd children, Lúcia Santos and Francisco and Jacinta Marto. The prophecy was that the Virgin Mary (referred to as Our Lady of Fátima), would appear and perform miracles on that date. Newspapers published testimony from witnesses who said that they had seen extraordinary solar activity, such as the Sun appearing to "dance" or zig-zag in the sky, careen towards the Earth, or emit multicolored light and radiant colors. According to these reports, the event lasted approximately ten minutes. (Wiki)

As for Paul, there's no reason to suppose there is anything miraculous in his experience of Jesus, since Paul was certainly prone to weird experiences.  He also may have been under cognitive stress because he was persecuting a movement who had Paul's family members as prominent figures.  See:  https://www.patheos.com/blogs/religionprof/2021/04/paul-and-his-relatives.html

It's also not clear Paul envisioned an empty tomb scenario, since he doesn't mention one.  Some readers propose that Paul envisions the old body being left behind for a new resurrection body: https://jamestabor.com/why-a-spiritual-resurrection-is-the-only-sensible-option/  The empty tomb story may have been a later apologetic invention dreamed up to counter opponents who were saying the disciples were just hallucinating out of grief: Jesus is given a dishonorable burial in Mark, but surprise the last becomes first, and he escapes the tomb!

Also, a case can be made that the disciples stole the body and invented the appearance stories to continue the movement, since such cults often died out with the death of the leader: https://infidels.org/library/modern/john-macdonald-justified-lie/

So, the post-mortem appearance stories about Jesus can be explained in a completely mundane way, and so there is no reason to invoke an inherently less plausible supernatural explanation that God raised Jesus from the dead..

Popular posts from this blog

LGBTQ + Rights And The Birth Of Christianity 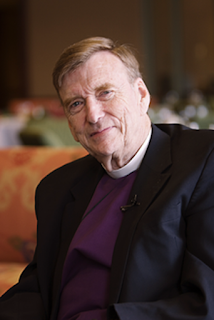 LGBTQ + Rights And The Birth Of Christianity   (Remembering The Work Of Bishop John Shelby Spong)   One of the great challenges to Conservative Christianity, along with the problem of horrendous human and animal suffering, is the LGBTQ+ question.   The problem is simple: 1.       1   LGBTQ+ is not a choice, like heterosexuality is not a choice 2.       2  Love and sexuality is one of the most important dimensions of a human being 3.       3   If LGBTQ relationships are an abomination to God, then God is Evil We are going to see how a revaluation of values allows us to follow Jesus’ philosophy of Agape toward a birthing of LGBTQ+ rights in the Judeo Christian tradition One of the most important ideas of Christ, according to Nietzsche, is not only having a value of the entity (in Achilles case, searching for glory), but Christ creatively bestowed value.   Hence, Matthew says: 43 “You have heard that it was said, ‘You shall love your neighbor and hate your enemy.’ 44
Read more

June 17, 2021
Anthology co-editor Keith Augustine has kindly provided a response to the Hasker review I mentioned previously.  He writes:  Incidentally, Hasker is interestingly wrong about some  things. For example, he writes: "However, they [my coauthor of chapter 10  & I] go well beyond the dependence thesis, arguing that brain function is  not merely a necessary condition but in fact is a sufficient cause for  experience, thus rendering an immaterial soul otiose." In fact, all my coauthor and I argue is that brain functioning is  necessary for human mental life, although we indicate that we suspect that  the right kind of brain functioning is probably sufficient, too. (That  brain function is "sufficient" for human mental life is rendered false by  the fact that there's still some brain functioning going on in unconscious  patients--it's got to be the right kind of brain functioning.)   First, by simply saying that "having a functioning brain is a necessary
Read more

Palpatine's Way
My name is John MacDonald. I am known as "Darth Abominatus," as I am a Dark Lord of the Sith.